Frukt Milan, a subsidiary of FCB Milan specialising in events, has created the first "Bacardi Island", a festival for Bacardi Italy as part of the brand's "Untameable" global campaign.

The following is a translation of an article that originally appeared in Wired Italy, which explains how they took over an entire island for the activity:

Who, if not a brand of Cuban rum, could decide to rent a whole island for an advertising campaign? It might seem bizarre, but this is exactly in line with Bacardi’s brand. For three weeks, until mid-August, the Tremiti Islands have become the Bacardi Islands, with a packed program of events: "All activities are in line with our target audience of 18-29 years," says Andrea Bello as Brand Manager of Bacardi Italy.

But why do this kind of campaign when the numbers tending will actually lower than other types of events (they are expecting 40,000 people on the island, less than a single successful concert)? The idea is to give all visitors the opportunity to experience the brand from the inside, hoping that the mix of holiday and use of social networks will do the rest: "All visitors will be able to enter into a marketing narrative and a really full immersion in the brand," adds Bello. They will no longer be just spectators, but everyone can be involved in sports activities and entertainment that will allow them to dive into the world Bacardi, through merchandising and also courses in mixology, and with its storytelling of the most authentic Cuban cocktail inspired by the rum.

[It is the 1900 A soldier ordering a # Bacardi with Coca-Cola, ice and lime and toast for] #CubaLibre! #Untameable pic.twitter.com/TX5SRhLM73 — Bacardi tweets (@Bacardi_tweets) July 16, 2014

To understand the reason for the branding (and storytelling) using an entire island, you have to take a few steps back in time to 1862, the year of birth of a company that has seen the American Prohibition as its greatest luck and exile from Cuba as the global expansion of the brand…

[During the #Prohibition US alcohol was destroyed. The party then moved to #Cuba]. #Bacardí pic.twitter.com/ZAN7a8QIaE — Bacardi tweets (@Bacardi_tweets) July 23, 2014

…And the exile is one of the cornerstones of "BACARDI: Untameable Since 1862," the international marketing and communications campaign of 2014, which focuses on the story of the history of the family and the original Cuban spirit that will never be forgotten.

[The #Bacardí family was exiled from Cuba, but it has brought the spirit of Cuba to the whole world.] #Untameable pic.twitter.com/VNnw87r4Tv — Bacardi tweets (@Bacardi_tweets) July 25, 2014

But when we analyse the campaign, we must start with the strategic choice of location. By selecting the Tremiti Islands, far less notorious than the famous pleasure islands of Ibiza and Formentera, they have ensured a level of brand penetration and exclusivity which would have been lost at a more popular location. The presence of advertising on the island and exclusivity contracts for commercial activities, has allowed Bacardi to bring its brand to every corner of the archipelago, and especially within each bar in a highly exclusive way, transforming the Tremiti islands into the island of Bacardi rum in the eyes of tourists and consumers.

To capitalize on music tourism is an equally focused and understandable choice, given the data in the trend’s growth in recent years, especially for fascinating destinations, which are already an ideal place for a holiday. In fact, if a star name is associated with an ideal location for a holiday, the event becomes a driving force for a longer holiday, which as in the case of the Bacardi Island, is nothing more than prolonged interaction with the brand, both in the daily activities and in the nightlife.

"If it were up to me I would have also brought the Cuban cars on the island, which in and of itself is very similar to the Cuba of the 50s," says Giorgio Molinari, Country Manager of Bacardi Italy. An island is, by its nature, unconquerable, because geographically it is surrounded by the sea, in a state of perfect harmony with nature. Untameable, like the brand, the island is a symbol of fun, travel and exile. “All the values ​​that describe perfectly the history of our brand."

And if the attendance figures are lower than those of other major music events, the word of mouth due to sharing on social networks via the hashtag #isolabacardi [#bacardiisland] is affecting large numbers of people. Between one cocktail and the other, all the visitors will be able to share their adventures on the island thanks to the Wi-Fi turned on for the occasion, using a satellite with special receiving points on the island.

Ultimately, engaging with the branding is really interesting…an ongoing, fun brand awareness that is virally engaging for the consumer, creating (in August), an island of untameable spirit. Just like Cuba. But in Italy. 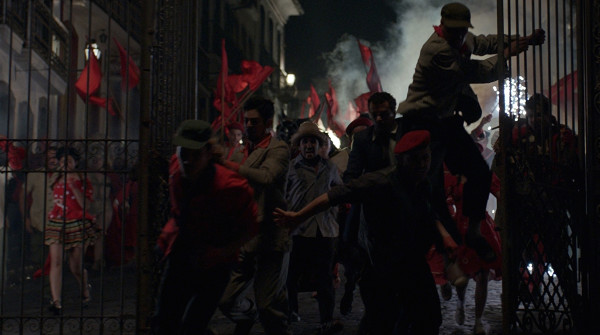 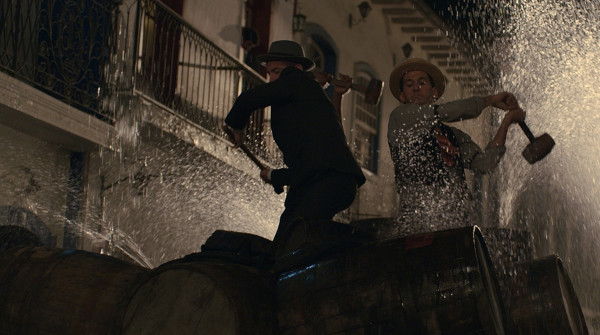 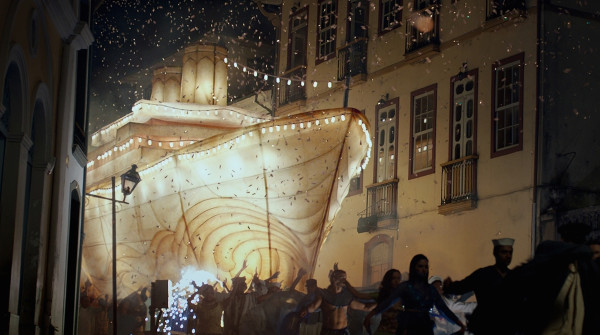